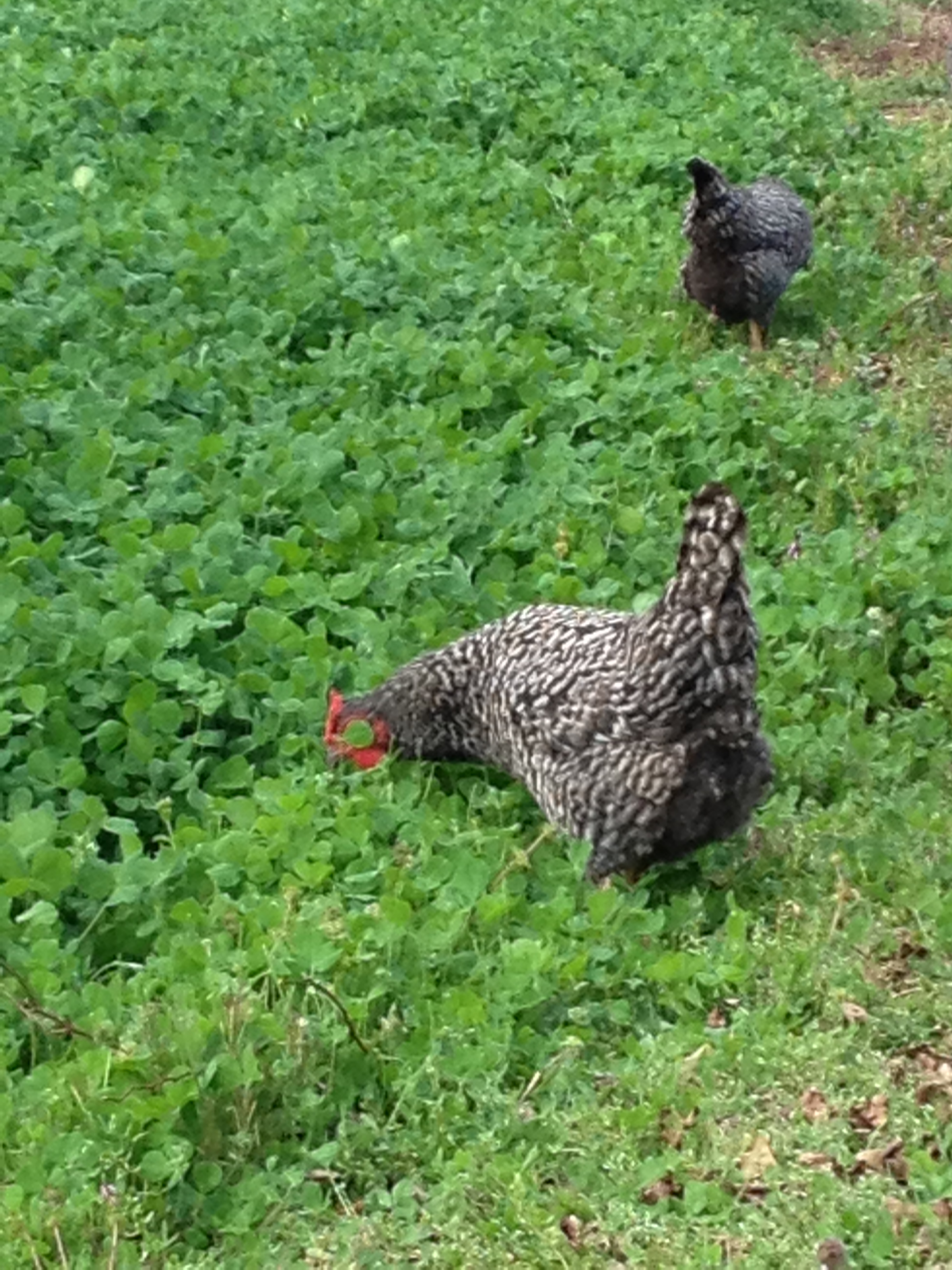 The year is 1975. The place is Hackneyville, Alabama. I limped in a walking cast to my great uncle’s garden.

I said, “Uncle Ren, that’s the most beautiful garden I have seen!”

The old man looked at me and said, “Son, you feed the ground… it feeds you.”

I scratched my head, as my great uncle, a grand old gentleman in blue coveralls, explained to me the great benefits of “green manure.” You see, he planted clover in the garden every fall, then disked it into the ground in January. He allowed the green plants to rot… this is called “green manure.” He would also cut horse or cow manure into the garden as well.

This lesson served me well in a very long agriculture career.

Now, you not only get this “root-fixing nitrogen,” but when you disk or plow the green foliage back into the soil in January to February, you get another very large boost in nitrogen and organic material called ‘green manure.’

Now listen closely… this process of fortifying the soil builds a very robust population of micro-organisms which are needed in all healthy soils. This same process holds more moisture in the soil during drought conditions and will yield more pounds of disease-free produce compared to a hungry, weak soil.

There are other benefits to cover crops. They decrease soil erosion. They can also greatly decrease the amount of fertilizer needed the next year. These micro-organisms must be present to break down fertilizer to a form of nitrogen that the roots can absorb.

Ain’t it funny… our old forefathers knew how to tend the soil without degrees in Chemistry or Biology. It is a simple fact and, make no mistake, take care of the soil and it takes care of you. But if you abuse God’s ground… you are going to get hungry!

Calcium nitrate is probably one of our finest sources of nitrogen. The use of calcium nitrate on tomatoes actually cuts down tomato rot.

A very good friend of mine raises the most beautiful corn crop by incorporating clean cow manure that comes from a pasture which has not been sprayed with herbicide. He tills the rows with manure, fertilizes, and then plants. Wow – what a beautiful crop! He side-dresses with either calcium nitrate or ammonium nitrate when the corn is knee high. After the corn is harvested, he mows it and plants a legume.

Now, as you can probably tell, I am not an organic farmer. I have friends that are… and we all get along just fine.

I use fertilizers when needed (always take a soil sample) and I use Round Up to kill weeds under our fruit trees. I may spray the garden when needed with Sevin, Malathion, or other compounds with a low LD50.

Let me explain… for example, if you raise peaches, you are going to spray, but remember to be good stewards of the land. Be careful what you spray and when. If you like the idea of organic farming, try it - but always remember, in Oregon they may not spray tomatoes, but a garden in Florida will have to be sprayed. A peach tree in the North may not be infected with Plum Curculio, but in the South you better spray! With saying this, the healthier the soil, the less you may have to spray or fertilize.

Pest management greatly depends on geography, humidity, and temperature. Farming habits also dictate the level of disease. Gardeners and farmers who use cover crops, legumes and proper nitrogen levels, will usually have a healthier garden and/or farm.

We can go on and on… and we will later talk about soil compaction, crop rotation, bee hives, but for now remember – to feed your family a sustainable supply of food, keep your soil healthy.