Pounds On The Ground 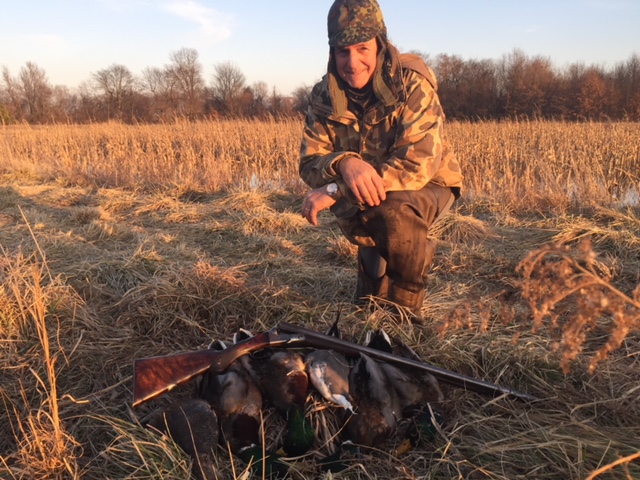 How much production does a food plot need?

The sun was popping up on a cold January morning. I sat in a duck blind with a good friend over flooded corn as steam drifted off the water. The sound of jets flying overhead put my heart in a ‘giddy up’ mode as a dozen Mallards cupped their wings to settle in our decoys. Gripping my 1898 Parker DH 10 bore double gun I stood, and took an eye on a bird settling in. The KABOOOM of the old Parker’s black powder load sent the green head to the water like a giant tennis racket had swatted him from the sky. The white smoke and smell of burnt powder made me smile. Oh, how I love to hunt……and oh, how I love old guns!

He looked at me and firmly replied, “It’s the food!”

My friend had planted corn in the spring, and then flooded it in early November. Neighbors of his had flooded corn, but the duck hunting was poor only a mile away. Why?? Were they too far from the flyway? Did they have poor blinds? No. They ran out of food!!

You see …….they had a poor stand of corn and my friend had a great stand because of proper care and fertilization. Food…..food is the key for ducks - even flooded Smart Weed, but make no mistake….food is key.

What about the majority of us who deer hunt? What about turkey and small game? Many of you read last winter’s article on the ‘Three Sisters’ approach to food plots. This is the planting of corn, peas and squash in the spring, then mowing wide strips in early fall and planting those strips in a fall food plot, while leaving the dried spring planting for cover. Does this maximize your production per acre in a food plot? No, but let me explain. You see…….a farmer MUST maximize his or her production per acre due to simple economics. If production cost per acre is X….the income per acre is Y….then Y better be more than X - or else it’s gonna be a long winter! Production is everything to the farmer. If he is raising corn, the production goal is over 200 bushels per acre. Apply the same math for beans, wheat, or watermelons. You are in the black, or you are in the red. But how do you gage a food plot? It’s an interesting thought. How do you even know how much wheat you are producing per acre in a food plot? You don’t. If deer find your food plot palatable…..they will eat. If you fertilized over a soil with a PH of 6-7……you should have a palatable stand. Let me give you an example of why this is true. Here in the South we fight an invasive plant called Kudzu. It’s good for nothing - it takes over everything. But…..put fertilizer on it…and wow…the deer hammer it!! When nitrogen is applied to a plant, the palatability of that plant greatly increases. In the winter…when deer leave wheat alone, it’s usually because the plant has grown old – is bent over and now tough. You may have run out of N due to a low PH. But… if you mow and then lightly fertilize the wheat, the deer will feed on the tinder shoots again. What I’m saying is this..…management is key! Many are guilty of depending on throwing corn out to attract deer…..even in food plots. But did you ever wonder why in the spring and early summer your corn is not eaten well? It’s because Mother Nature has food in the woods that draw deer to it - even over corn on the ground. 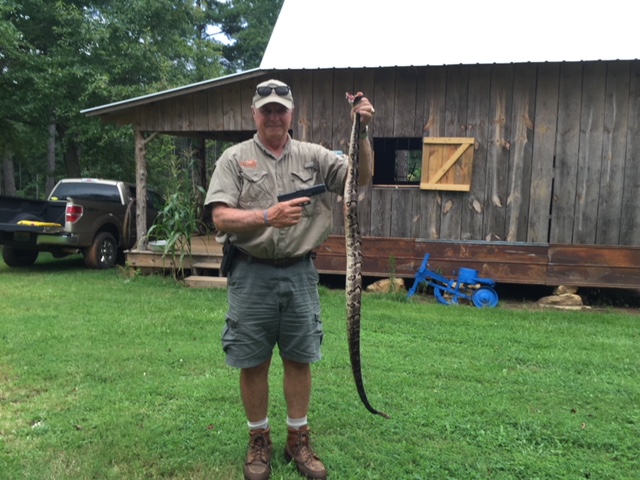 So…is production per acre a major goal in food plots? Yes and no…depending on the species you hunt. For ducks, yes……for deer and turkey….. no. Ok, I can hear the hollering……let me defend myself. In a two acre food plot here at the farm we have had something happen to raise an eyebrow this summer. In our Three Sisters food plot, I have killed six large Timber rattlesnakes in seven weeks. This event also took place last year. All of the five-footers were killed on and around the edges of our food plot. Now remember…this happened the last two years and never before that. Why?? Simply this……we have a ton of small game living in and around this 2 acre food plot/farm plot. You will see more rabbits, mice, dove, wild quail, and hen turkeys raising their young in this unsightly, tangled food plot. In earlier years, this food plot was only planted in the fall. Now, it provides a year-round food supply as well as cover! Every year does give birth in this cover…..and those fawns genetically imprint to our food plot……you see it like a college student coming home for Christmas….”I’m home! Let’s eat!” Now the great part..…in January when all of our does stick close to home, the rut begins, and you got it……we see a lot of bucks! We see bucks that are familiar to us because of game cameras, and we see bucks we had no idea existed - bucks which have travelled a long way! This is important now……you don’t have to plant the Three Sister's approach, but if you do the following three things, you will have a more successful food plot: (1) Plant a palatable food plot in the fall. How? Know what you’re planting. Have a good idea what will grow well in your area. Listen now…prepare your soil!!! Use dolomite where the PH is low. Use the appropriate amount of fertilizer per acre. Most people use half the amount of N that a crop needs to keep it healthy until the end of hunting season. (2) If you have room for extra food plots…have at least one large food plot in a perennial - a food plot that will last 5-7 years. A good choice is chicory and white clover. I also add red clover as well for a one-year supply of food. A perennial food plot will increase weight and rack size in your deer herd. Many try to accomplish this with minerals, but make no mistake…..food available year-round is vital in keeping more and healthier deer on your property. You can say the same for turkey! Every year I kill a fine gobbler in the 24-25 pound range! We have a very healthy turkey population which lives in and around our large food plot. They roost 300 yards away, and by 9AM you can find them feeding on bugs in and around our food plots. They also eat clover year-round. This is important….. (3) I firmly believe in treating a food plot like a patch farm or huge garden. When I was a kid I could kick up a covey of quail anytime I hunted my Uncle Ren’s farm here in Alabama…..quail were everywhere. Do you know why? Small farms were everywhere. There were a lot of old abandoned farms and orchards…….wild plumb thickets and huge gardens. Small corn fields were everywhere. Sadly, today they have died and given way to pine trees. The poor gentleman quail have hawks, coons, and especially fire ants to contend with……but that’s another story one day. So….treat your food plots like small patch farms….you’re farming for wildlife. Keep a year-round supply of food in the field. Think about planting fruit trees and wild plumb thickets. Don’t be afraid to clear cut more pines and turn that land into future wildlife patch farms.

So…what do we take home from this sermon?? While the amount of food per acre is important, how that food taste to wildlife is more important than the amount of food available. Cover for both large and small game is very important to the future of your food plot, and equally as important as food. Learn and experiment…..this leads to wisdom. Wisdom is life’s experiences, which allow us to make proper decisions. So don’t be afraid to try new things in your food plots. Bushels per acre? Well…..that’s nice, but shooting a beautiful Greenhead Mallard on a cold morning with the aroma of black powder…that’s nice too! May God Bless You.